Secretary absent. The Secretary was absent on her summer holiday.

Bradford Flax Mill Dispute. It was reported that a dispute had occurred at the Bradford Flax Mill Philips Park. About 250 women and 50 men were demanding the abolition of excessive fines and for an advance of 2/- weekly on their wages. The Management refused their request and would not see Miss Emily Cox and Mrs E. J. Hart who had written asking for an interview. All the workers then gave in their notices to leave work and these notices would expire on Wednesday, October 10th. The women were members of the recently formed Flax Workers’ Union and the men had been members of the British Labour Amalgamation for only a few weeks.

Reduction in Prices prevented at the Gorton Rubber Works. It was also reported that an attempted reduction of prices at the Gorton Rubber Works had been successfully resisted. Miss Mary Quaile representing the Women’s Union and Councillor Higginson representing the Men’s Society had a joint interview the Manager of the works on Saturday September 23rd. The reduction if made would have meant a lowering of wages varying from ½ to ¾. The promise was given that the best work should be equally distributed.

Drawing room meeting re-Homeworkers. The Drawing Room meeting arranged by Mrs. Payne was to be held on the 27th inst. at Raynor Croft, Bowdon. Mr. Harry Nuttall MP to preside. 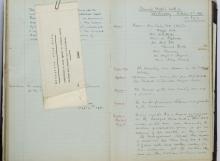 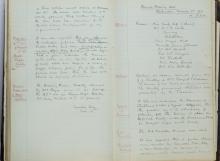