Apologies. Apologies for absence were received from Mrs. J. J. Findlay and Miss M. A. Francis.

Mr. Kean and T.U. grants. Miss Quaile reported having seen Mr. Chas. Kean, Chairman of the Manchester and Salford Men’s Trades and Labour Council regarding trade union grants. Mr. Kean suggested that a letter of appeal be sent to the Secretary of the Trades Council to be brought before the next meeting. The Chairman was accordingly asked to write a letter.

Railway Carriage Cleaners. It was reported that Miss Quaile had seen Mr.Lowth, Assistant Secretary of the National Union of Railwaymen in London about women carriage cleaners. He said that the rules of his society would not admit women members but he would be glad to help in any organisation of women. It appeared that only fourteen women at present were employed at Ardwick Station, and in this case the Committee thought it was better to wait before attempting to form a women’s organisation.

Norwood Blouse Factory. It was reported that certain lines of work at at the Norwood Blouse Factory entailed a reduction in prices. Miss Cox and Miss Quaile endeavoured to see the manager who refused an interview and a letter had then been sent to draw his attention to the lines complained of.

Hyde Clothiers. It was reported that the Secretary had spoken at three meetings of clothiers in Hyde, over thirty members had joined the Union. A Women’s Branch had been formed and one of the women appointed Assistant Secretary to the Manchester Secretary.

Rubber Workers Openshaw. It was reported that a meeting of rubber workers had been held in Openshaw and that Miss Quaile had been elected Secretary pro tem in place of Miss S. Shelton.

Miss Cox and Miss Quaile gave reports as to the work of the Distress and Relief Committees. 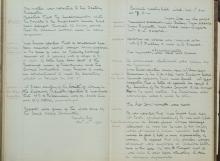 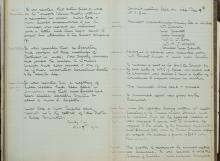