Apology. A letter of apology for non attendance was read from Miss Julia Gaskell.

Finance. The Treasurer then reported on finance. The Council then discussed means for widening basis of Council’s income. Various lists of names of possible subscribers were submitted, several members undertaking the responsibility of writing for subscriptions.

Appeal Circular. It was decided to have reprint of the appeal circular.

Miss Windsor. It was unanimously agreed that Miss Windsor, Secretary of Manchester branch of the National Association of the Telephone Operators be invited to join the Council.

Fancy Leather Workers. That in response to the invitation of the “Trade Society of Fancy Leather Workers” much visiting had been done amongst the women employed in the trade & that a meeting was fixed for evening of May 2nd for purpose of forming a Women’s Union.

Confectioners. Also that a meeting of women and girls employed in the confectionery (cake & biscuit) trade had been arranged for May 11th for same purpose.

Telephone Operators. Assistance had also been given to the Women’s Trade Union League in the formation of a Manchester branch of the National Association of Telephone Operators. The committee meetings of the branch would be held monthly in the council’s offices. Two meeting had been held, Mrs. O. M. Aldridge had attended by invitation. 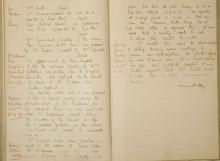 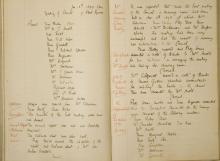