Apologies of absence were received from Mr. H. V. Herford and Mr. P. M Oliver and Miss M. A. Francis.

A financial statement was made by the Secretary in the Treasurer’s absence.

A letter was read from Mrs. Aldridge resigning as Secretary to the Council and asking to be relieved of the responsibility of taking up the work again. Miss Ashton moved that the resignation be accepted with deepest regret and that Miss Cox write a letter conveying same on behalf of the Council to Mrs. Aldridge. Seconded by Mrs. Withington and carried.

The Secretary reported on the conference held in connection with the Union of Democratic Control.

The work of the Women’s Interest Committee was reported and Miss Emily Cox was appointed delegate to the conference to be held on June 12 at 3 pm in the Union Hall, Peter Street on Women’s Emergency Labour in Industry (in the present war crisis).

The Sub-Committee minutes were read. The Secretary had accompanied Mrs E. Watson on deputation to Messrs. England’s and Messrs. Brownson’s at Hyde.

Mrs. Mitchell had attended a meeting of the Tin Box Trade Board in London. The Secretary has been appointed on the district committee of the Clothing Trade Board.

Complaints were brought to the office by three workers at the Avro Plane Works that women were doing part of the work previously done by men, and that the prices had been very seriously reduced. Miss Cox was asked by the Sub-Committee to write Mr. H. Roe and invite him to meet herself and Miss Quaile before the Council meeting.

Arising out of the Sub Committee minutes Miss Cox reported that Mr. H. V. Roe had not been able to meet her before the Council meeting which he hoped to attend. It was decided to write to the District Secretary of the A. S. E. and the Toolmakers Secretary to find out if the Avro plane workers were parties to the Sheffield agreement which states that women’s labour undertaking the work of men must receive the rates paid to the men they displace.

The Chairman appealed to the Council to elect a member to the Organising Sub-Committee, Miss Margaret Ashton was elected.

It was decided that Miss Cox should write and ask the Munitions Committee for a Trade Union representative of women’s labour to be appointed on this Committee.

The question of forming an organisation for War Emergency Workers was discussed and referred to the Sub Committee which would hold a special meeting on June 16 to deal with the matter. 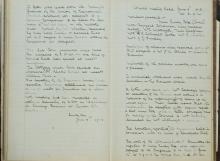 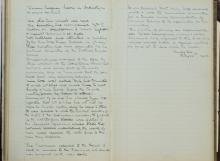