Lady Schwann. A letter was read from Lady Schwann expressing regret that illness prevents her attendance at this and previous meeting.

Underground Work Shops. A letter was read from Miss Papworth expressing thanks of the Women’s Industrial Council for the offer of cooperation in connection with the Underground Workshops Bill.

Joint Committee. It was reported that a permanent Committee was formed on the 25th of January as “The Joint Committee of Women Trade Unionists” consisting of two representatives from each Union affiliated to the Council. Monthly meetings would be held. Questions affecting the Unions either directly or indirectly would be discussed. Mrs. Margaret Lawson was elected President for the first year and Mary Quaile was Secretary pro tem.

Chancellor of Exchequer and Insurance Bill. It was also reported that at the last meeting of the Joint Committee it was resolved that: “Mr. Lloyd George the Chancellor of the Exchequer be asked to come to Manchester to explain the provisions of the Government’s Insurance Bill to a meeting of working women with special reference to the clauses affecting their position in the scheme, that this resolution be sent to the Women’s Trade Union Council with the request-that they approach Mr. Lloyd George with view of securing his presence.”

After discussing the proposal it was agreed to endorse the Joint Committee’s resolution as Manchester would be specially fitting centre for such a meeting which would be of importance nationally. Miss Mary Quaile moved and Mr. Edward dale seconded that the request be at once made to the Chancellor. Carried unanimously.

Parliamentary Committee of City Council and Insurance Bill. Councillor Margaret Ashton called attention to the fact that the Parliamentary Committee had consented to receive a deputation of women at their next meeting (day not yet fixed) that special grievances of women under the Government’s Insurance Bill might be heard and amendments on these points by pressed on Parliament through the Association of Municipal Corporations. Miss Ashton urged that amendments pressed on Parliament on this matter would have very great weight and asked the Council’s help in arranging the deputation.

Mr. Graeme Cox. It was reported that Mr. Graeme Cox Warden of the University Settlement Ancoats had consented to join the Council.

Sweating and Coronation Flag Hemming. That Miss Emily Cox had written a letter to the Manchester Guardian on low prices paid for hemming coronation flags. A Manchester Guardian reporter (Mr. Nicholls) asked for further information and this the Council had collected. Miss Cox and Mrs. Aldridge took the reporter round to various houses in Hulme and Greenheys where flag hemming was done. These led to a special article and leader in the Guardian on June 2. See scanned copies of letter and article.

Midwives and Mr. Lloyd George. The minutes also showed that the National Association of Midwives were endeavouring to secure an interview with Mr. Lloyd George re-effect of the Insurance Bill on their profession.

Confectioners. Mrs. Aldridge and Miss Ashcroft had attended the Annual Demonstration of Bakers and Confectioners for the Preston district and Miss Eva Craven of the Women’s Confectioners Society had spoken at the Caxton Hall meeting in support of the Eight Hours Bill for her trade.

Copy of Agreement.“I hereby agree to accept the above engagement; according to the conditions of employment; if on piece-work, at the piece-work rates and deductions thereupon specified by the notices exhibited in the shops and on the general notice board; if on day work at the rate agreed. I fully understand and agree that no notice is to be given or required by either party, and that when I leave from any cause, the wages due up to the time of leaving will be paid only at the usual place and time. I also understand that owing to pilfering which goes on employees are liable to be searched and agree to submit to being searched and not to make any claim in respect thereof.”

All refused to sign and as consequence were refused admission to the works. This occurred on Whit Monday and on the Wednesday the works were closed down till the following Monday. Meetings were held and assistance asked from the India Rubber Workers Union, the Women’s Trades Council and the Gorton Trades and Labour Council. A smaller works at Droylsden owned by the same company was also affected and workers locked out. As only eighteen of the workers were members of the Union efforts were being made to raise a fund on their behalf.

Mary Quaile. It was reported that Miss Mary Quaile’s appointment would terminate on June 29. Resolved on motion of Miss Emily Cox, seconded by Miss L. Stapleton that the appointment be renewed for another three months. 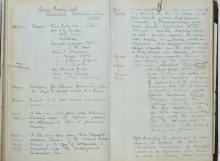 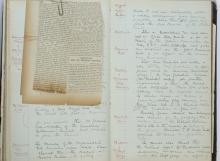 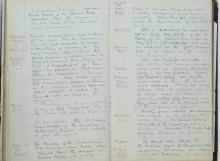 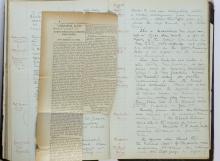 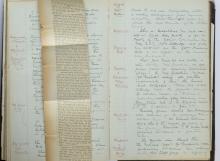 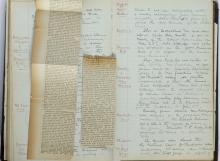 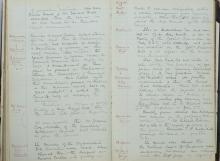 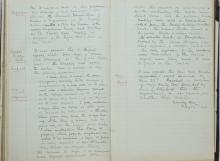