Sub Committee Minutes. The minutes of the Sub Committee were read. Reported that all the women painters in the Engraving Trade, had come out on strike with the men, and that the Engravers’ Union were paying the women half wages during the strike.

Rubber Workers. Proposed Change of System for Payment. Reported that a dispute had occurred in the Rubber Works Gorton; over a suggested change in the system of paying for the work done. The Manager put a notice up in the works to the effect that all work would be paid for when finished and passed through the Cure department into the stores. A second notice was also given that instead of paying for the individual processes, a fixed price would be given on the finished article, each girl would be valued at a certain rate per week, and at the end of the week the amount to be drawn by the department would be determined by the amount of finished work passed into the stores. This amount would be divided according to the weekly rates fixed for the worker and any money over would be divided as a bonus. The suggested rates for the finished articles was compared with the individual rates and found to be a great reduction. The girls agreed to work the system for a week but finding that many of them had a loss of 4/- and 5/-on the week’s work they at once refused to go on with their work until the firm made up the shortage of wages and destroyed the notices. After losing a day’s work the firm conceded the demands.

Blouse makers dispute. Reported that a strike had occurred at a Blouse Factory, in Hanover Street. News of the strike did not reach the office until the third day and when the Council’s representative got there the girls were on the point of resuming work. After discussing the position which was that the girls making blouses were to make and put collars on the blouses for an extra 1d per dozen, they resumed work and accepted the terms as offered.

G.F.T.U. Annual Meeting in Cork. It was reported that Miss Quaile had attended the General Federation of Trades Unions annual meeting at Cork and had been re-elected on the Executive Board. 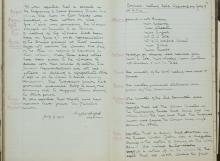 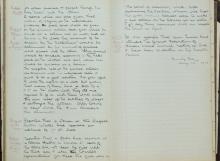