An apology of absence was received from Mrs. Withington.

Arising out of the minutes it was reported that it had not been possible to get a speaker on the Whitley Report for the proposed Council meeting in July. The Secretary was instructed to arrange a meeting in September.

The financial report was presented by the Treasurer.

Correspondence. A letter was read from Mr. Mee of the Labour Exchange, stating that the question of appointing a representative from the Council to sit on the local Advisory Committee would be considered at the next meeting.

A letter was read from the Food Control Committee asking the Council to appoint a representative to sit on this Committee. It was decided to try and get one of our Trade Union Secretaries to fill this position.

Miss Quaile gave a report of the Labour Party Conference held in London on June 26th, 27th and 28th.

The Sub-Committee minutes were read. These showed that three meetings had been held at Wheeldon’s, Salford, and the conditions at this firm were still unsatisfactory. The Employers Federation had suggested holding a meeting between the firm and the Union and this had been fixed for Friday, July 12, at 3 o’clock.

Miss Quaile had attended the Annual Meeting of the Fancy Leather Workers Society in Sheffield. Members from three new firms attended, and a demand for increases had been sent in to these firms.

An interview had been held with Thornton’s, Hulme, as the girls were only being paid 5 ½ an hour instead of 6. The firm had now adjusted the matter.

The girls working at Kay’s Bolton, had nearly all dropped out of the Union. They were working short time and they were continually changing their employment.

It was reported that the Trades Council meeting, at which the resolution affecting the Council would be discussed, would take place on Wednesday July 17th. Miss Cox and Miss Quaile would attend the meeting.

It was decided that the office be closed during the first week in August, to reopen on August 12th.

It was decided to hold the August E.C. meeting as usual, unless there was any particular reason to change it. 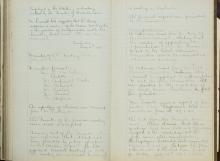 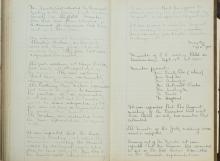