Arising out of the Minutes it was reported that the joint committee letter had been sent out to all Trades Unions and kindred Societies.

Annual Meeting. It was reported that Mrs. Aldridge had promised to speak at the annual meeting, and it was moved by Mrs. Withington, seconded by Miss Ashton and agreed that we ask for the use of the Town Hall on Wednesday, February 13th or any other convenient date. Miss Ashton promised to speak, and the Secretary was instructed to try and get further speakers from the following:-Mr. Mellor, Mr. Johnson (N.U.R.), Mr. W.H. Johnson, Mr. Griffiths (Shirt and Jacket Makers) and Mr. Purcell.

The financial statement was presented by the Treasurer.

It was moved by Mrs. Findlay, seconded by Mrs. Withington and agreed that a special EC meeting be held on Tuesday January 29 at 3.00 pm to consider the draft copy of the Annual Report.

As the date of the next EC meeting fell on the same date as the Annual Meeting, it was decided not to hold a meeting in February unless found necessary at the time.

It was reported that a social evening was to be held on January 14th for the Tin Box Workers, at which Birtles and Tate’s members had been invited to attend.

The arbitration between Kay’s Bolton and the women had been held. The award was given in the firm’s favour, the decision being arrived at through the fact that the Ministry of Munitions had failed to notify the firm of the order governing women’s wages on this class of work.

An interview had been held with Thornton’s, Hulme, on the question of one of the women having been dismissed, and after the interview she was reinstated.

The girls employed by Linker & Jonnys had made application to rejoin the Union. It was found that they had 12 successive weeks of unemployment shortly after joining the Union last year. Most of the old workers had left the firm, and the new girls were all anxious to join the Union.

A meeting had been held between the Sheffield Leather Workers and Mr. Matthews, and it had been decided to hand over the books and money to the Sheffield branch, as the Manchester branch no longer existed.

Miss Quaile had attended the meeting called by the Women’s Fabian Research Society in London on December 19th to consider the organisation of women.

Letters had been received from the Pendleton Women’s Co-operative Guild, and the Prestwich Branch of the Asylum Workers Union asking to be affiliated to the Council, and it was agreed that both societies be asked to appoint a representative to sit on the Council. 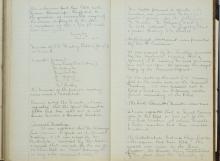 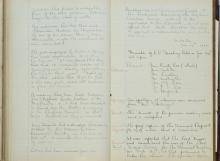