Arising out of the minutes Miss Cox reported having seen the Lord Mayor who insisted on giving tea at the Annual Meeting.

Mr. Herford reported that Mrs. Aldridge had written agreeing that her last month’s salary should appear in the Annual Report as a special donation.

Election of Chairman. The Chairman (Miss Emily Cox) was re-elected for the coming year. Moved by Miss Basnett and seconded by Mr. Herford.

Finance. The Treasurer made a financial statement.

Sub-Committee. The Sub-Committee minutes were read. It was reported that an advance on piece rates had been obtained at Messrs. Brownson’s, Hyde, as the result of two interviews with the firm and Mr. Watson, the Clothiers Secretary, assisted by the Secretary of the Council.

It was reported that a meeting had been held in the office for Humphrey’s Blouse hands, Councillor Geo. Fitt had spoken and roused great enthusiasm.

English Class. It was reported that the Joint Committee English Class had held a very successful social evening. 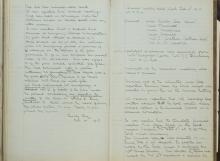 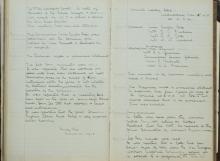