Minutes. Minutes of the last Council meeting read and passed.

Enlargement of Sub Committee. In addition to filling the vacancy caused by Mrs. Cooke’s resignation it was decided to appoint another member bringing the total membership of the Sub Committee to four.

Resignation of Professor Tout from Council. It was reported that Professor Tout wished to resign membership of the Council owing to his inability to attend the meetings.

Finance. The Treasurers report on the month’s finance was next taken - several new subscriptions and donations had been received.

Liverpool Branch of Midwives formed. The organisation report showed that a Liverpool branch of the National Association of Midwives had been formed with a membership of 25. Mrs. Aldridge had, with the Secretaries of the Union, addressed several meeting. Much interest was shown and there was every prospect that a strong branch of the Association would be rapidly developed.

Liverpool Home Workers League. Mrs. Aldridge had also been to Liverpool with Mr. Robinson to make enquiries re-the organisation of Home workers which was being undertaken by the Womens Industrial Council.

India Rubber Workers. Active work has been undertaken amongst India Rubber workers during the month, special efforts being made to induce the workers at Mackintosh’s to join the Union. Mrs Aldridge had addressed a meeting of the Hulme branch of the Men’s Society with a view of increasing their membership and enlisting sympathy and help in the organisation of the women.

Corset Makers good work done by the union. The Corset Makers’ Union was steadily gaining new members. The Union had already done good. The manager showed a disposition to consult the Union officials before making any change in the work or prices. Several small reductions had been prevented. In one case owing to the poor quality of material used for lining several orders were returned to the firm from their customers. As there were 72 dozen of these corsets cut it was necessary to put in a second lining in order to sell them. The girls were asked to do this extra work without extra pay. As the question was one entirely of bad material and not bad work the girls refused to take it except on condition that one girl should time the work and see what extra pay should be allowed. This the manager refused and the work was then taken to a non union room and the girls there did the work for nothing. Special efforts were being made to induce the girls in this room to join. 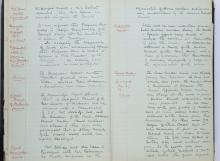 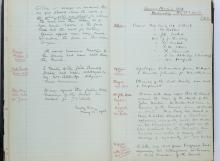 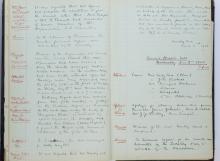