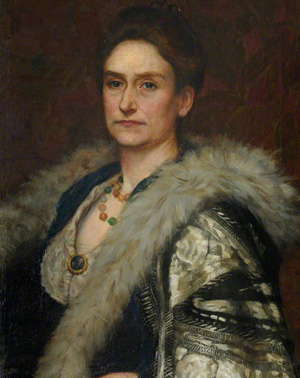 Agnes Amy Bulley was born on 20 April 1852 in New Brighton, on the Wirral.  She attended Newnham College 1873-1874, joining her two sisters, and amongst the first women to be admitted to Cambridge University. She and Mary Paley were the first female undergraduates to sit for the moral science tripos. She passed but as a woman, and in line with university regulations at that time, was not awarded a degree.

In 1876 Amy Bulley became an assistant mistress at Manchester High School for Girls. From 1877 to 1883 she was Secretary of the Manchester and Salford College for Women in Brunswick Street, a post she held in conjunction with her teaching duties at the high school. The lecturers included her elder sister Ella, a distinguished historian who also taught at Manchester University and who was married to Elkanah Armitage, a Congregational minister. In 1883 the college was replaced by a women's department within Owens College, allowing women students to sit for degrees for the first time.

Amy contributed articles to the Manchester Guardian and a number of quarterly periodicals and women's journals on social and labour issues - for example, ‘Domestic service: a social study’ in Westminster Review (1891) and a ‘Report on the employment of women’ in Fortnightly Review (January 1894). In 1894 she co-authored a book  with Dorothy Whitley, Women’s work.

She was chair from 1897 to 1906 of the Manchester and Salford Women's Trade Union Council, which organised women workers locally and drew attention to their conditions of employment.  On 26 October 1907, she married a cotton merchant, Joseph Brooke (1836–1912), the recently widowed husband of her sister Mary.  In the 1920s she stood unsuccessfully as a Labour candidate for Bushey Council. She died on 16 November 1939.

Further reading:
Linda Walker’s entry for A. Amy Bulley in the Oxford Dictionary of National Biography.