It was reported that the sewing-machinists had had a meeting, but the attendance was very small.  Miss Littlewood thought that a social was advisable.  Miss Crompton was willing to arrange one at the Art Museum & it was decided to have one about the end of September.

Mrs. Dickenson & Miss Whalley had  had an interview with Sir W. Holland, he had promised to reconsider the question of the cop-winders wages.  Since the interview he had written to say that he was going into the matter and hoped to make the conditions of work better by opening the ??? & providing better yarn.

It was reported that a very successful open air meeting had been held at Cleckheaton by the shirt-makers, that seven of the women were still receiving 10/-per week from the women’s branch of the Shirtmakers' Union.

The weavers were arranging a meeting in Pendleton.  Miss Keenan had been doing some visiting  among  members who had fallen into arrears.

The correspondence with the waitresses from Roberts Café had been held over all until after her summers holiday.

The question of the Labour Bureau was discussed and Miss Gore Booth was instructed to write to Councillor Hart and find out if anything was going to be done towards re opening them.

Miss Pankhurst then moved the following Resolution, " That it is now time that the Council should bring their policy into line with that of the Unions with which they are connected by taking active part in the effort to gain political power for the women workers." Miss Pankhurst based her case on the growth of the Labour Representation movement among trade unionists, and the wide felt need of the franchise for the protection of the women workers interests.  She pointed out that the Manchester Women Trade Unionists had taken up this question strongly and appealed to the council to bring their policy into harmony with that of the unions.  The resolution was seconded by Miss Rowton.

Miss Bulley read letters opposing any change of policy from Miss Ashton, Mrs. Schwann, Mr. Herford, Mr. Johnston.  Miss Bulley thought that such a change would be disastrous and that it would alienate subscribers and friends.  Miss Cox explained that the title of the Council was somewhat misleading, as they were not a body like the Trades Council & do not claim to represent the Women’s Trade Unions.  Miss Crompton suggested that it was time that the women had a regular Trade Council of their own to deal with such matters which were outside the Council’s sphere. Miss Rowton drew attention to the need that the women workers had for the protection of the franchise ,& said that it would be a great help to the Council in the attainment of better wages.  Miss Bulley did not think the workers would gain any benefit from the measure in question. Mr. Marr was strongly opposed to any such change.  After some discussion the Resolution was put to the meeting and defeated by a majority of three.

The chairman also voted against the Resolution.

Miss Bulley gave notice that at the next meeting she would raise the question as to why the membership of the Unions did not increase more quickly. 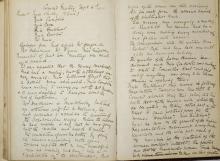 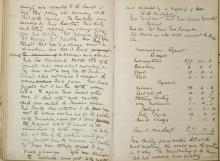