Mrs. Hobhouse had sent in her resignation on leaving Manchester.  Proposed by Miss Ashton, seconded by Miss Gaskell “That Mrs. Hobhouse’s resignation be accepted with regret & that she be asked to become a Vice-President.” Passed unanimously.

It was reported that Mrs. Dickenson had seen Mr. Wilkinson re reduction 2d per cut at Howarths Mills.  He said that a reduction was fair but 2d was too much.  The six loom weavers were going to have a meeting to discuss the situation.  A room had been secured for the Pendleton weavers at St. Thomas’ Schools and the  first meeting was to be held on October 7th.  The Salford weavers half yearly meeting had been arranged for October 16th  & that Mr. Wilkinson had been asked to speak.

Miriam King complained that after 11 years she had been sent away for missing a cut.  She was a good worker & had earned as much as 27/s.  The Secretaries had been to see Mr. Banks about her case & the interview having been unsatisfactory they had arranged to see Mr. Turner the general manager.

Mrs. Pollitt who had been agitating & stopping the looms without the sanction of the union.  The union had decided not to take up her case.

Miss Kay reported (re Tailoresses) Miss Daplyn’s case.  Miss. Daplyn was discharged because, after consulting the Tailoresses committee she had refused to pay for a  pair of trousers (10/8) which she was supposed to have damaged.  Her employer Mr. Sohl  said he received large quantities of work from wholesale houses & that he had to pay for damaged work.  The firm to whom the trousers belonged had charged him 7/8 for material alone.  Miss Daplyn was not in benefit but Miss Kay had given her 6/-one weeks out of work pay.  She had got some work but was earning very small wages.  Miss Ashton gave £1 towards making up her wages to 10s per week for 4 weeks, so that she might not suffer through following the Union ‘s advice.  A meeting had been arranged for Tailoresses at the University Settlement for October 9th.

Re-electric workers, a letter had been sent so the manager at Mather & Platts complaining of the unhealthy state of the room in which the  women were working.  The manager had replied, but so far no satisfactory results has been obtained.  It was decided that if necessary the  Federation should  be advised to apply to Mr. Mather directly.

The Treasurer’s Financial Statement was read and passed. 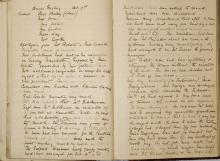 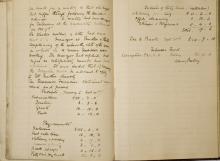