It was reported that the Winders Special fund amounted to a little over £110 in all.  Some of the women had already gone back to work but some were still on the funds.

A letter was read from Miss MacArthur  Secretary of the Womens Trade Union League re organizing in Hanley.  Miss. MacArthur feared that the Council’s work might overlap with the League’s.  The matter was discussed, the Council thinking that this overlapping would be most undesirable.  It was decided to ask Miss MacArthur to meet the Council & discuss the subject.  Moved by Mrs. Cooke seconded by Mr. Johnston & carried.

It was reported that the Federation had held their annual meeting and changed their name to The  Manchester & Salford Association of Machine, Electric, & Other Workers.  This they considered would be a more definite & suitable title.

Negotiations were still going on re the winders at Hollands. The percentage had been taken off the coarse yarn at the Councils representations but at the same time a list had been introduced to the detriment of those winders who are on the finer  counts.  This had been protested against by the Secretaries in the interests of the winders, who had held a meeting & expressed themselves unanimous on the matter.

The Treasurers Report was read. 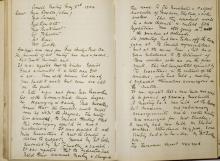 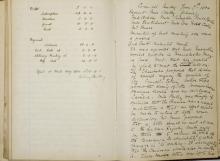