A resolution was passed proposed by Mr. Schwann seconded by Miss Ashton, that Miss Cooke, Canon Hicks, Mr. C. J. Heywood, Miss Hertz and Mr. Steinthal should be asked to be Vice Presidents.

It was decided to ask Miss Julia Gaskell and Mr. Brocklehurst to remain on the Council.

Circulars were read from the Quarrymens Union North Wales, from the London Trade & Labour Gazette & from the Manchester Trade Council (???)

It was decided to subscribe to the Trade and Labour Gazette, & the Secretaries were instructed to inform the Quarrymen's Union that the Council, while sympathising with their difficulties, regret their inability to help them financially.

It was reported that £8.10 (collection) £7.8(subscriptions) had resulted from Mr. Collier’s meeting in Bowden (March 4th). The Council expressed their gratitude to Mr. Collier for the success of the meeting. A meeting had been held in the Ancoats Art Museum (for workers) on February 28th. The attendance was small, but some of those present joined the unions.

Other meetings were arranged for March 14th, 20th, and 29th & a proposal was discussed for a Sunday meeting at St. James’ Hall. Proposed by Miss Ashton, seconded by Miss Cox, that a sub-Committee of Miss Bulley, Mr. Schwann & the Secretaries should be formed to arrange for the meeting, & the sum to be spent on it not more than £5.

Nothing further having been heard from the Cooperative Wholesale (Tailoresses) it was decided to write to Mr. Broderick urging that the Co-op Committee should take immediate steps to promote a better understanding with the union. It was reported that an effort was being made to reduce wages among the Linotype workers. The Federation Committee were investigating the matter. 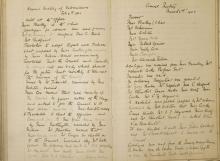 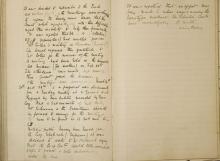