The minutes of the Council meeting held on December 3rd were read and passed.

Miss Ashwell read the report of the first year’s work. Miss Bulley moved and Mr. Dormer Pierce seconded that an addition be made indicating clearly what unions for women existed in Manchester and had been helped by the Council. This was carried.

Miss Gaskell moved and Miss Dodd seconded that the report be adopted, printed and circulated. This was put to the meeting and carried unanimously.

The question of the constitution of the Council was then discussed. Miss Webb told the Council that the Womens Industrial Council, London, had regarded its original members as permanent, and that all additional members had been proposed and seconded at a Council meeting. Mrs. Lyttleton read the bylaw of the Manchester Salford and District Womens Trade Union Council in regard to the election of members, in view of which it was decided to retain the original members of the Council, and make additions according to the by law.

Mrs. Schwann proposed and Miss Gaskell seconded that the following names be added to the list of members of Council:

The motion was put to the meeting and carried unanimously.

Mrs. Schwann proposed and Mrs. Arnold seconded that Mrs. Lyttleton be reappointed Chairman of the Executive Committee of Council. This was carried unanimously.

Mr. Scott & Miss Hertz having resigned from the Executive Committee Mrs. Schwann proposed and Mr. Forrest seconded that Miss Bulley and Mrs. Mumford be appointed in their stead.

The question of printing the investigation sheets along with the report was next discussed. It was resolved not to print them all until more complete investigations had been made.

Miss Ashwell then reported that arrangements have been made for the Women's Cooperative Guild & the Manchester Salford & District Womens Trades Union Council to form a joint investigation committee consisting of Miss Dodd, Miss Cox, Miss Bulley, Miss Bamford & the Secretaries of the Council.

It was further reported that the Christian Social Union desired to unite with the Council of the Guild for this purpose, & wished to send

Rev. F. S. Caiger to represent them on the Investigation Committee.

Rev. F. Dormer Pierce proposed and Mrs. Arnold seconded that the proposal of the Christian Social Union should be accepted.

Miss Ashwell was empowered to summon the investigation committee.

Mrs. Lyttleton then drew attention to the fact that petitions were being presented to the Home Secretary to allow shirt and collar workers to do home work. There was evidence that the petitions were signed by the workers either under a misapprehension, or because they were coerced. If the subject could be explained to the workers, and if they could give their real and unbiased opinion they would in almost all cases, if not in all cases say that they did not wish to do outwork after they had worked long hours in the factory.

Under the circumstances it was decided to move the following resolution at the succeeding meeting in Memorial Hall. “That the Manchester Salford and District Women's Trades Union Council prays the Home Secretary not to grant the order allowing exemption to the Belfast Shirt and Collar Workers and others from the clause in the Factory Act prohibiting homework for women after a full day in the factory. The Council are convinced from information received that the petition does not originate with the workers and has been signed under a misapprehension of the working of the Act”. 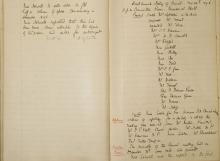 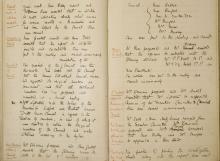 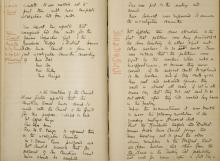 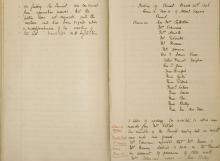