Apologies of absence were received from Mrs. Ashwell Cooke and Mrs. Simon.

Arising out of the minutes it was reported that the Secretary had interviewed Mr. Mellor with regard to the deputation from the Aircraft Committee on the question of the organisation of women in the aircraft industry. Mr. Mellor stated that only two persons had attended, both from the National Federation of Women Workers, and they did not seem to know very much about the position. The Executive of the Trades Council had informed them that if they wished to make any complaint, the WTUC should have an opportunity of being present at the interview.

Miss Cox read a reply she had received from Miss MacArthur, acknowledging receipt of the letter sent by the Council terminating the agreement, stating that the matter would be brought before the next meeting of the Executive and a further reply would then be sent.

It was reported that Miss Cox and Miss Quaile had attended the special meeting of the Manchester and Salford Trades and Labour Council on Wednesday, September 25th, when the resolution affecting the Council was discussed. It was decided after some discussion that the Executive of the Trades Council should go thoroughly into the matter at the next meeting, and make a report to the Council. A letter had since been received from Mr. Mellor asking various questions connected with the working of the WTUC, and this was read.

The financial report was presented by the Treasurer. Miss Cox reported that she and Miss Ashton had written to subscribers specially appealing to them to double their subscriptions if possible, to enable the Council to carry on its work until the decision of the Trades Council had been taken, and many generous replies had been received.

A letter was read from Miss Eckhard resigning from the Committee, and it was decided to ask her to remain until the end of the year.

The Sub-Committee minutes were read. These showed that two Committee meetings had been held of Hans Renolds Branch, and it had been decided to organise a social to raise funds for the Council.

A mass meeting of Crossley Motors had been held on September 13th when it was decided to resume work on Monday, September 16th, the firm having agreed to give full recognition to the shop stewards.

The members at Wheeldon’s had not yet received the 5/-increase, and the matter was in the hands of the Ministry of Munitions. The girls at Ellisons, Cheetham Hill, had also not received the increase.

The Engravers’ Union had now opened its ranks to women and Mr. Kean had interviewed Miss Quaile with regard to the Women Painters’ Society also amalgamating. A meeting had been held with Miss Auchinloss and she had arranged to see Mr. Kean with regard to the matter.

Interviews were being arranged with three Sheffield firms on the question of increases in wages.

500 appeals had been sent onto the Trades Unions, Co-operative societies and friends during the month of September. 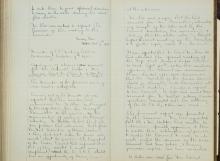 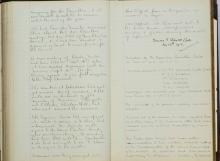