Affiliation to N.U.W.W. renewed. Mr. Herford moved and Miss Cox seconded that the affiliation fee to the National Union of Women Workers be renewed for the coming year.

As Miss Davies asked for an immediate reply there was not time to call a special meeting or consult all the members of the Council and Miss Cox, Mr. Herford and Mrs. Aldridge had forwarded their signatures as “officials of but not on behalf of the Council”.

Miss Ashton moved and Mrs. Tomlinson seconded that the action of the officials be approved.

Proposed Meeting at Downing St. The Secretary reported having secured the Co-operative Hall, Downing St. for a public meeting on Monday November 2nd. Miss MacArthur of the Women’s Trade Union League would be one of the speakers.

Sub Committee. No meeting of the sub Committee had been held but the usual organisation work had been done during the month.

This letter was included in the Minutes.

To the Right Hon. the Prime Minister

You have announced your intention to introduce, during the present Parliament, an Electoral Reform Bill, drawn in such a way as to allow of the inclusion of women’s suffrage, and your willingness to accept an amendment giving the vote to women on democratic lines, if passed by the House of Commons. We welcome this proof that you recognise the justice of women’s claim to the vote . At the same time we wish to point out that your announcement names no definite time for the introduction of the bill, and gives no indication that the Government would consider itself responsible for the carrying through of Women’s Suffrage. For these reasons, we are unable to accept your announcement as satisfying our desire that the Government should enfranchise women. The introduction of your projected Bill will be subjected to political accidents: and though the House of Commons has this year affirmed the principle of women suffrage by a very large majority it is unlikely that the part of the Bill which would concern women could pass through all stages in both houses, unless the Government were prepared to insist on its retention.

You will, we trust, recognise that your admission of the justice of our claim, gives us the right to ask you to consider in our favour certain points which we regard as essential to the success of the measure and its obtaining the confidence of women. We do not think that the enfranchisement of women could be reasonably assured in the way indicated, unless the Government were prepared (1) to introduce the Bill next session, and, (2) to emphasise the sincerity of their intention of giving votes to women by letting it be known that they would refuse to pass the Bill without the women’s clauses, if these should be rejected by the House of Lords. (3) We wish also to point out that in view of the attitude of the House of Commons to our claim, there can be no reason why the Government, being themselves willing to accept women’s suffrage, should not make it a part of their Bill as introduced. The usual course proposed, of offering the House of Commons the opportunity of inserting legislation on a subject of first rate importance into a Government Bill by way of amendment, has given rise in some quarters to a doubt of the genuineness of the proposal, which we should be glad to see dispelled. (4) With a view to securing the confidence of women, we regard it as important that some clear indication should shortly be given of the qualification for women which would be compatible with your project of electoral reform.

We desire to ask you, with all the urgency in our power, to give your favourable attention to these points. The movement for political freedom among women is forty years old: it has grown to great dimensions embracing all classes, and has acquired a new strength from the wave of popular feeling to which the present Government owes its power. The higher education and professional work of women, the increase of laws and of the demand for laws affecting more especially working women’s lives, the developmentof women’s political consciousness, and their experience of public works, have given it solidity and force. There can now be no doubt of its strength and persistence, and as to its justice, we can appeal with confidence to Liberal principles.

The enfranchisement of women has been accepted as part of the programme of the National Liberal Federation. It has obtained the support of the organised Labour vote, Resolutions in favour of women suffrage having been passed by the Trades Union Congress, the Co-operative Congress and the annual conference of the Independent Labour Party, while the Labour Party Congresses and the Social Democratic Party Congress have supported women suffrage as part of adult suffrage.

Fresh Suffrage Demonstrations on a large scale are to take place this autumn in London and Manchester. Three great demonstrations in London are being organized by the Women’s Liberal Federation, by the Women’s Social and Political Union and jointly by the Lancashire and Cheshire Textile and other workers Labour Representation Committee and the Manchester Women’s Trades Council. In Manchester a procession and Free Trade Hall demonstration are being organized by the North of England Society for Women’s Suffrage (National Union of Women’s Suffrage Societies) in which the Women’s Co-operative Guild, other suffrage societies and many political, industrial and social organizations are taking part.

We earnestly hope it may be possible to announce at these Demonstrations your favourable reply to the four points mentioned above. 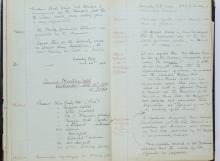 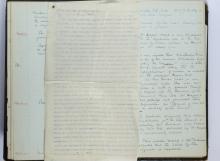 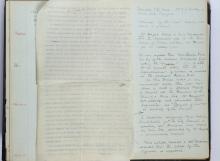 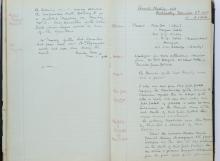