An apology of absence was received from Miss Ashton.

Arising out of the Minutes Miss Cox reported that an interview had been held with Mr. Charles Renold, with regard to the wages paid to the girls. They were at present drawing up a new scale, and were anxious to increase certain wages, if allowed by the Ministry of Munitions. Up to the present this had been refused.

The Treasurer gave a financial report, and mentioned that he had the sum of £9.11.0. in his possession, left from the winding up of the Broughton Branch of the Flax Workers Union. It was moved by Mrs. Cooke, seconded Mrs. Findlay and agreed that the money be transferred into the general fund of the Council, and that the Council be responsible for paying any future claims that the women may make, it satisfactorily proved up to that amount.

Correspondence. A letter was read from the Housing and Town Planning Council, asking for delegates to a conference to be held in Manchester on Saturday March 31st. It was moved by Mr. Herford, seconded Miss Cox and agreed that as the question does not touch the work of the Council closely enough, we do not accept the invitation.

A letter was read from the War Interests Committee, with regard to the grant promised by the Council, to the expenses of the Trade Union meeting held on February 28th. The Secretary was instructed to find out if there was a deficit, and if so, the Treasurers was asked to forward the £2.2.0. promised.

A letter was read from Miss Ashton, calling attention to the fact that as far as she knew, no women’s organisations in Manchester had been invited to send delegates to the National Service meeting for women, to be held in London on March 17th, and suggested that we should write Mrs. H. J. Tennant about the matter. After discussion it was decided that as we could not afford to send delegates, the Council consider it unnecessary to do this.

A further letter was read from Miss MacArthur dated March 5, reporting the decision of her Executive to the proposals enclosed in our letter of February 14. Miss Cox reported that the letter had been before the Sub-Committee and that they had instructed her and Miss Quaile to see Miss Weaver on the question of our representation on the District Council of the Federation, and the question of dealing with small local negotiations. It was decided that a letter be sent to Miss MacArthur, accepting the proposal of the grant of £20 for the first three months of our joint work, and after that time, 10% of the net income received from the branches formed by us.

It was further agreed that all negotiations as to wages in branches formed by us, should be conducted by the Head Office of the Federation, in cooperation with our Organiser, but that small local negotiations should be undertaken by our Organiser under the control of the Council.

In all matters touching branches formed by us, our Organising Secretary would take the same position that Mrs. Pearson takes with regard to branches organised by the Federation.

It was also decided to suggest that our Organiser should have a seat on the local district Council of the Federation, and that we should be glad to have three representatives from the Federation on our Council, and that they be invited to meetings of our Executive Committee, when discussions concerning the organisation of women in the Engineering trade made it desirable.

It was decided to ask Miss MacArthur what would be the position after the war of the women in the Engineering trade, in the event of them changing their occupations, and wishing to be transferred to their appropriate Trade Union.

A report on organisation was given by the Secretaries. This showed that 15 girls employed at Wilson’s Tin Box Works were out on strike. The girls had asked for 2/- a week increase, and this had been refused by the firm. Wages questions were also in hand at Evans, Sinker and Jonngs?, Kenyons, and Dewsnaps, Sheffield.

As the date of the next E.C. meeting came in Easter week, it was decided to meet on Tuesday morning April 3rd. 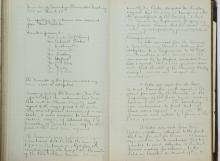 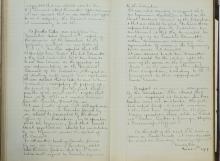