Underground Workrooms Bill. A letter was read from Mrs. Ramsay MacDonald saying it was hoped that the deputation to the Local Government Board would be fixed for an early date after the opening of Parliament. Mrs. J. J. Findlay and Councillor T. R. Marr were appointed as the Council’s representatives.

Sheffield Leather Workers. It was reported that the Fancy Leather Workers Union had received the promised price list for piecework from Messrs. Dewsnap, Coromandel Works, Sheffield and that a meeting which Mrs. Aldridge and Miss Stapleton would attend was fixed Saturday, June 10th to consider it.

Norwood Blouse Factory. It was also reported that the case of excessive deductions from wages of a skirt worker at the Norwood Manufacturing Company for spoilt work had been reported to the Inspector and the girl had received in full the amounts deducted amounting to 12/4. 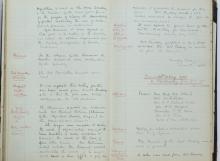 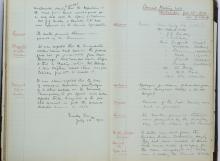