The minutes of the Council meeting held on May 3rd were read.

Mr. Brocklehurst pointed out that his resolution in reference to the trades to be investigated, should include the words “state of the existing law”. These were accordingly added.

The Secretary reported in detail the work done. The umbrella-covering, shirt-making,& corset-making trades had been studied. In the umbrella trade wages varied 10-20s in the home trade, 5s-10s in the slipping trade; in shirt-making women working at home could earn 16-20s, but the majority earned less than 10s; in corset trade majority of girls earned 14-16s, some of them 20s. On account of the bad conditions prevailing in the umbrella trade it had been decided to try & organise that first, in that a meeting for the purpose was to be held on July 3rd, Duke of Albany Coffee Tavern, Oldham Street. Mr. Brocklehurst moved that the report be adopted, Mr. Entwistle seconded & it was carried.

A letter from the National Federal Council of Scotland for Women’s Trades, containing resolutions on Labour Legislation was read. Mr. Dickson moved & Mr. Brockley seconded that the matter should stand over on account of approaching dissolution of parliament.

It was moved by Mr. Entwistle & seconded by Mr. Dickson that the rules of the Federation of Women Workers, 66 Grosvenor Street, should form a groundwork for the suggestions to be offered to the Umbrella-Coverers at the start of their union. This was put to the meeting and carried.

The Executive having expressed a wish to understand more clearly the meaning of resolution 1 of the objects of the Council viz: “to promote new and encourage existing organisations amongst women workers” after some discussion Mr. Flux moved & Miss Hertz seconded the following resolution which was carried. That the Executive Committee understand the clause to mean printing of bills, hire of room, first set of books, & initiatory expenses; and that they have power to give money in special cases, each case to be considered on its own merits as it arises, with the option of refusal.

Mr. Beckley explained that in organising the Upholsteresses Union, it has been found necessary for the Upholsteresses to choose three of their own members to act as President, Treasurer and Secretary for the first six months, in order to train the women to manage their affairs in a business-like way.

It was moved by Mr.Beckley and seconded by Mr. Brocklehurst, that members of the Council and the organisers acts as officials or other unions for periods of not less than three months. This was put to the meeting and carried.

Mr. Entwistle moved and Mr. Dickson seconded the proposal that small Sub-Committees should help the organisers in the early stages of forming unions, and nominated Mr. Arrandale, Mr. Harker & Mr. Beckley. The motion was put to the meeting and carried.

Miss Olga Hertz moved that Miss Welsh be asked to act as Secretary to the Umbrella Workers Union about to be formed, until such time as a qualified member could be found to undertake the work. Mr. Beckley seconded & the motion was carried.

The Executive having reported a vacancy owing to the resignation of Mr. Worthington, Mr. Entwistle moved and Mr. Brocklehurst seconded that Mr. Dickson be asked to serve on the Executive. This was put to the meeting and carried.

A letter from the Secretary of the Dundee & District Mill & Factory Operatives’ Union was read stating that the President of their union, Rev. H. Williamson, would be in Manchester during the first week in July, and would be happy to address a meeting.

Mr. Flux moved and Mr. Brocklehurst seconded that Rev. H. Williamson be invited to speak at the meeting of Umbrella Workers on July 3rd. This was carried. 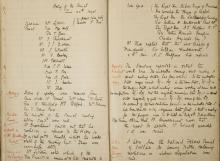 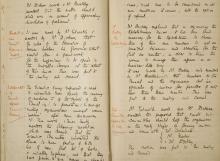 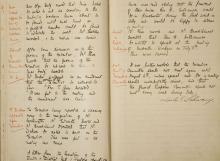