Apologies of absence were received from Miss Gardner and Mrs. Findlay.

Arising out of the minutes the chairman reported that the conference arranged between the Amalgamated Society of Corset Makers and Sewing Machinists and the Amalgamated Clothiers Operatives had been held, and that it was decided to hold a meeting of the members of the Corset Makers Union to discuss the question of amalgamation.

A letter was received from the Local Armaments Committee (Trade Union Section) stating that the members allowed had been reappointed which left no vacancy for the appointment of any representatives from the Women’s organisations.

A letter was read from Miss Moorhouse giving the dates of meetings of the Industrial Committee of the National U. W. Workers. Miss Moorhouse also asked that the Council should write and suggest to the Lord Mayor that Miss Margaret Ashton and Mrs. Jane Redford should be placed on the Special Joint Sub Committee of the Watch and Sanitary Committees appointed to enquire into the morality of the city. Miss Cox proposed and Mrs. Withington seconded and carried that a letter be sent to the Lord Mayor.

It was agreed to hold the Annual Meeting on the earliest possible date in February and that Miss I. O. Ford and Miss A. Tracy or Miss Squire, Factory Inspector be asked to speak.

A letter was read from the Women’s War Interest Committee asking for delegates to a conference to be held on December 18. It was decided to appoint Miss Cox and Miss Quaile.

A letter was read from the Women’s International League asking for representatives to a conference on “No Compulsion” to be held on December 9. Moved by Mrs. Withington seconded by Mr. H.V. Herford and carried nem con. that six delegates be sent. It was decided to appoint Miss Cox, Mrs Findlay, Miss Wallwork and the Secretary, and that two other members be asked to attend on behalf of the Council.

It was reported that the girls working at Messrs. Blair’s had obtained a war bonus of 2/-for girls over 21 years and a 1/- for girls under 21 years.

Many dinner hour meetings had been held in the Leather Trade with little result. Many of the women were working short time. The Tin Box Makers’ Union had been very active and dinner hour and evening meetings had been organised. At one firm (Wilson’s) the girls in the printing department had put in for an advance of wages, to bring the existing rates up to the Trade Board minimum.

The Clothiers had held a very successful meeting of women at St. Helens, resulting in the formation of a new branch.

Miss Quaile had been invited to give evidence before the Health of Munition Workers Committee. As she was in London she asked Mrs. A. Robinson to go in her place and Miss Ashton had accompanied her.

A conference had taken place in the Town Hall called by the Liquor Control Board. The Council had been asked to send representatives, Miss Cox, Mrs Findlay and Mrs. A. Robinson had attended.

Miss Cox and Miss Quaile had attended a conference called by the Women’s War Interests Committee on the question of women entering the trade of munition box making.

A report had been received that much discontent existed at Reynolds Underclothing Factory, a meeting was to be held. 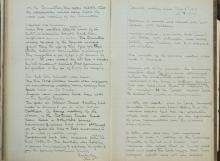 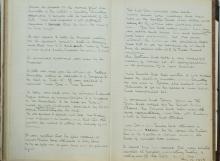