Home Workers Fund. It was reported that, towards the proposed fund for the organisation of home workers, promises and receipts amounted to roughly £20 inclusive of promise £5 each from Mrs. Hutton and Lady Schwann. Mrs. Hutton had promised £5 per year for the three years, with an additional sum providing the £50 could be raised by end of June 1911.

Appointment Miss Quaile for 3 months. It was reported that a meeting of a Special Sub-Committee was held on Monday, March 13 at 12.15. All members present. Miss Margaret Ashton moved and Mr. Herford seconded “that Miss Mary Quaile be appointed as Assistant to the Secretary for a period of 3 months for 4 hours daily to be paid at 7/6 per week.” The report was unanimously endorsed.

Appeal for Rhonda Valley Miners. Two representatives of the Cambrian Combined Workmen’s Joint Committee (South Wales Miners’ Federation) attended to state the case of the 12,000 miners involved in the dispute in the Rhonda Valley since September last and to ask financial support for them and for the 25,000 women and children dependent on them. Councillor Johnston moved and the Rev. CT Campion seconded “That the Council endorses the appeal of the Rhonda Miners and urges the Unions to respond as liberally as lies in their power.” Carried unanimously.

Clothiers’ District Committee. It was reported that the Board of Trade had written asking the Council to suggest names of workers representatives for appointment on the District Committee of the Clothiers Trade Board. The Secretary had at once interviewed the Clothiers Union and the following names were submitted: Mrs. Grainger, Mr. J. Myers, Mr. J Smith, Mr. Rivett and Mr. Watson. All being members of the union and possessed wide knowledge of the trade.

Organisation Sub-Committee Minutes. Typists. The Minutes of the Organisation Sub-Committee were read. These showed that addresses on trade unionism had been given by the Secretary at the Fawcett Debating Society, Ancoats and to the members of the Women’s Freedom League at Sale; a special meeting of the Typists' Union had been held at which a new constitution was adopted to enable the society to be run on Trade Union lines, benefits to include sickness and unemployment and contributions to be weekly in place of yearly.

Midwives. The National Association of Midwives had been very active. As the result of an interview with the Sheffield Supervisory Committee the charge against a midwife was dropped and a further charge against midwife before the CMB (was defended by Mrs. Lawson) was rebutted. At the Nursing and Midwifery Conference in London the Association was well represented and Mrs. Lawson gave a paper and led the discussion on “The Midwives Act and what it means to the midwife.”

Secretaries Tea. A Secretaries Tea had been held at which all the Unions were represented. Miss Smith, Secretary Box Makers had given a full report of the sittings of the Trade Board. The report was much appreciated.

Confectioners. A confectioners meeting was held at Levenshulme on April 3rd a thorough canvass had been made of all the shops in the district.

Underground Workrooms. Interview L.G.B. Lady Schwann’s report of the interviews with the Local Government Board arranged by the Women’s Industrial Council re- underground workrooms was read with much interest. Lady Schwann thought that the Government would be prepared to accept a Bill extending the restrictions now only applied to bakehouses and she was anxious that the Council should take active interest in the promotion of such a Bill.

Council Meeting postponed to May 17. As Lady Schwann would be in Manchester on May 17th it was agreed to postpone the next meeting to this date to enable her to meet the council and discuss the question, also that it be held in afternoon instead of evening. 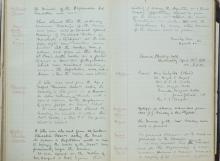 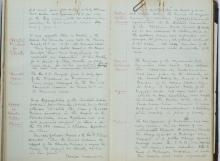 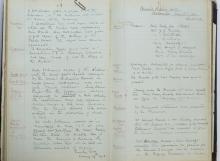 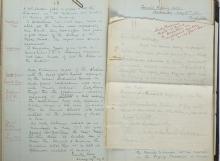 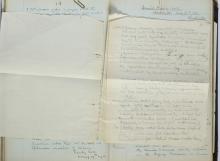 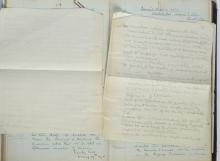 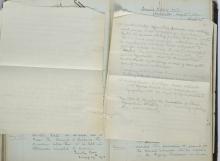 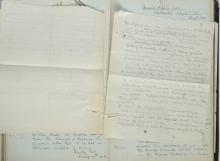